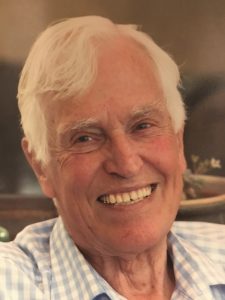 The Friends of Freddy are sad to announce the passing of longtime member, Rob Loud.

When his two daughters were young, Rob recorded himself reading aloud the entire Freddy series, sometimes contending with the sound in the background of the supper dishes being washed.  These charming recordings were contributed to the Concord Public Library where the Friends of Freddy happened across them when we held a mini-convention there some twenty years ago. A little detective work found Rob’s phone number in nearby Lincoln, Massachusetts and before the evening was over, Rob had joined us in Nancy Joroff’s living room. He became the staunchest of Friends and went on to lend his voice in songs and plays over many conventions. We will miss him.